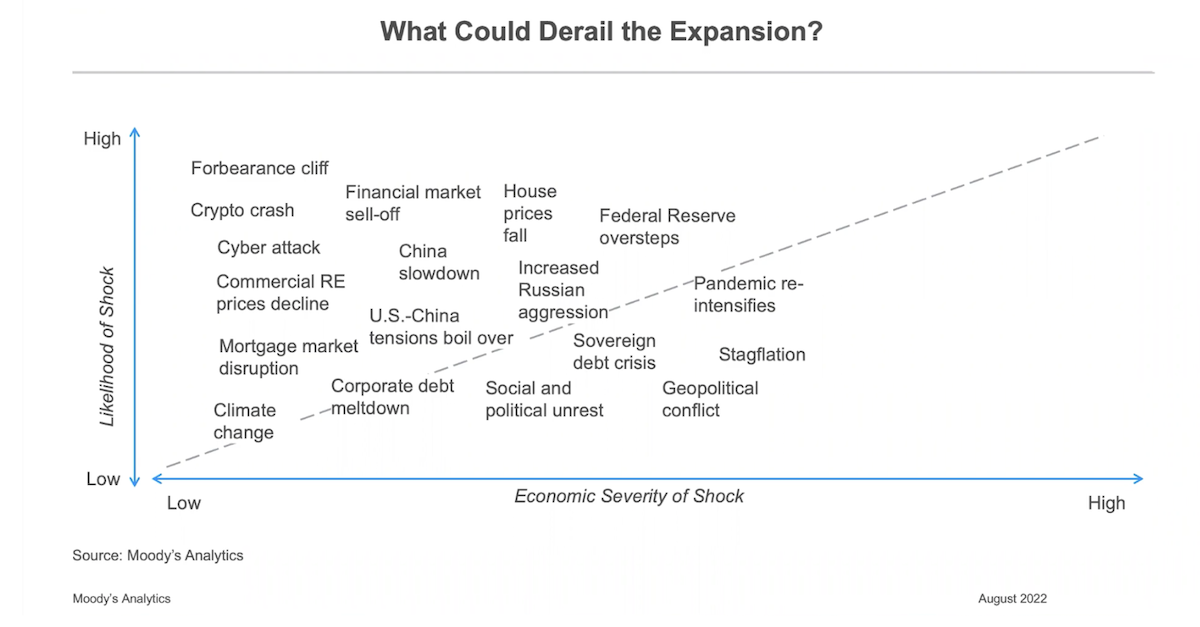 The discussion was part of a broad assessment of risks to the economy he presented in terms of both their likelihood, and the degree of danger each risk represented to the broader economy. For example, he rated a major commercial real estate price decline as more likely than a sovereign debt crisis or social/political unrest in the U.S., but said its potential impact on economic expansion would be less severe.

Multifamily: Asked by one attendee specifically for the outlook on multifamily residential, Zandi said “it’s not going to be as profitable as it has been but it’s going to be profitable.” He said multifamily will continue benefiting from the massive slowdown in the residential housing market, where high mortgage rates have hit homebuyers–especially first-time buyers whose main alternative is renting–hard. To illustrate the point, Zandi noted that monthly payments for a first-time home buyer with a $320,000 mortgage have gone from about $1,300 a year ago to around $2,000 today. “If potential first-time buyers can’t buy a home, they’re going to rent. So … demand has gotten juiced.”

While it may be hard for landlords to match the roughly 15% year-over-year growth in rents they enjoyed over the last 12 months, Zandi said other critical factors will help multifamily developers: Supply chain issues that had raised building costs are getting worked out, rental vacancies are still near historical lows and there is broad support in Washington for policies — both existing ones and those associated with the newly passed Inflation Reduction Act — to increase Americans’ access to affordable housing. “The fundamentals of the multifamily market look really good,” Zandi said.

Industrial, Retail, Office: Other sectors of commercial real estate may have some adjusting to do, Zandi said. Industrial and warehouse properties clearly weathered the pandemic in good shape and even retail, which he said has obvious long-term secular headwinds, has shown remarkable agility in repurposing properties, especially toward residential use.

According to Zandi, troubles in commercial real estate are likely to come from — and will possibly be confined to — the office sector after the pandemic rewrote the rules for office workers. “I do think the office sector is going to remain under pressure,” Zandi said. “Remote work is here to stay and it will be a gamechanger.” Even as returning to the office is enjoying what looks like resurgence with the reopening of some high-profile corporate offices after the summer, he said the trend is definitively toward working from home or hybrid work arrangements.

In the near term, Zandi pointed to the historically tight labor markets. With unemployment near historical lows, he said employees have the upper hand in negotiating their status and can be expected to push employers for concessions. And over the longer term, he suggested the trend will only gain momentum as new business replace older ones: “People in their 30s and 40s who are forming new companies are going to optimize them around remote work.”

While the work-from-home trend won’t necessarily lead to a rash of defaults in the office space, Zandi said it will lead to a further repricing of the sector. “The office market,” he said, “has some adjusting to do.”

A replay of the presentation, including slides, is available HERE.

Here is where we can fund projects today 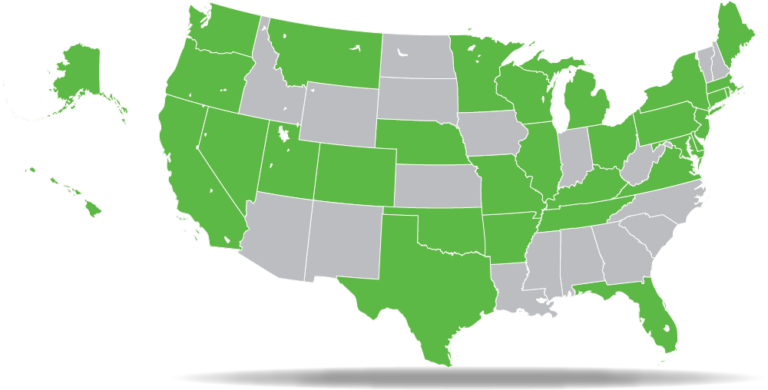 We are committed to keeping your data confidential. We do not sell, rent, or lease your data.